The idea of a women only gym seems innocent enough. After all, many women may feel more comfortable exercising in a gym where there are no men around. In a women only gym, they would be more likely to give and receive open advice on their health condition and their workout plan. With women-centric trainers, females could likely get better advice as well as have options for activities that may not be available in co-ed gyms. There are also religious factors to consider. Some women are simply prohibited to expose too much of their bodies to men.

But are women only gyms guilty of discrimination?

Despite the growing popularity of women only clubs, there are a handful of lawsuits that claim these clubs are discriminatory. In 2000, the Alaskan Human Rights Commission–at the behest of a disgruntled man–made an attempt to ban gender only health clubs. However, the result of that backfired when the Alaskan legislature made it legal for gender discrimination in Alaskan health clubs.

More recently, there was a case in 2005 where a civil rights group sued a women only club in Santa Rosa for potentially refusing entry of one man. It turned out that the women only gym had already been told to make changes to accommodate men in 2004, but had failed to do so. This refusal led to the 2005 case being brought up and consequently enforced.

What followed were successful lawsuits against women only gyms in Minnesota, Wisconsin, California and Orange County. Some of these cases were won on the premise that men were not only denied access to work out at the clubs but also because they were also denied employment. In a case against Women’s Workout World in Chicago, not only were men finally allowed to work at the gym, but the ones who were turned down were paid $30,000 in damages. In 1997, a lawsuit against a Massachusetts health club, Healthworks Fitness Center, ruled that the club could not exclude men.

And despite the small number of men opposed to women only health clubs, you would be surprised to find that they have actually gotten some support from NOW (National Organization for Women) who object to any law they feel is permitting discrimination.

Due to the amount of protests from angry women regarding rulings in favor of men, many states have passed legislation to permit single-sex health clubs that benefit both sexes. These states are Alaska, Colorado, Hawaii, Illinois, Tennessee and New Jersey. NOW has objected to each of these rulings.

There are many opinions on the issue of women only gyms. The general feeling from most people is that it is fine to have women only gyms as long as there can be men only gyms as well. After all, it is true that men act differently when around only men, and so it only seems right to have a place where a man can work out comfortably without women present.

But for many women’s rights advocates, women only gyms and men only gyms open up the door for further discrimination against women in other areas.  Many activist groups claim this could actually be a step back for women’s rights!

420 replies to "Are Women-Only Gyms Guilty of Discrimination?" 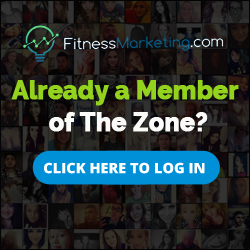 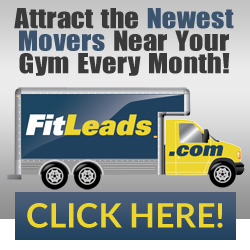