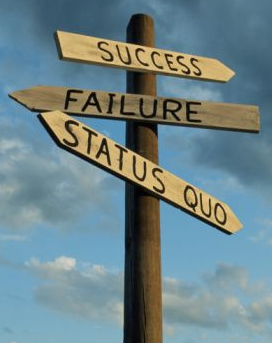 If I had to look back over the years at the people who made the most difference in my life, my list would be very short.  The reason is because 99 percent of people in this world are satisfied with being average.

I am not satisfied being average.

In fact, I go to conferences and pay to be in mastermind groups just so I can be around people who are as driven as me.

It’s why I only take on the most motivated gym owners as clients.  I cannot waste my time or energy on people who don’t have the desire to get to the next level.

I’m an introspective person.  I’m always asking myself why I think the way I do and why I do the things I do, in an effort to make myself better.  But what I’ve realized is that I am the way I am because of the few people in my life who are of the 1%

Few of these people will ever realize the effect they have had on me, or the impact some have on my life each and every day even now.  And you’ll be surprised that some of these people I haven’t spoken to in years, some I’ve never met at all…one of them has been dead for 207 years.

Douglas Mock: My father.  We don’t say I love you, we don’t talk about the tough upbringing, we don’t talk about our relationship…but we both know the bond that exists.  Watching him battle adversity and take care of responsibilities in the worst of times inspired me to be a better person and instilled a relentless work ethic in me.

Samuel Adams: The “Original” old school marketer, his speeches and writings a man who worked tirelessly to attain true freedom, and happens to have my favorite beer named after him drew many American colonists into the fight for freedom.

Dan Kennedy:  For being a jerk and a hermit, this man is an inspiration to everyone who has read his stuff or listened to him speak.  He is steadfast in his lifestyle, is ruthlessly selfish with his time, and gets an unfathomable amount of work accomplishes.

Eric Snyder: A classmate through undergrad.  He invited me to conceptualize a business with him back in 1998 that ignited the entrepreneurial spirit in me.  He has no idea he was the person who lit that flame.

Andrew Lock: Mentor, friend, all around awesome guy.  He is the ultimate serial entrepreneur.

Dr. Keith Howell: Professor at U. of North Carolina.  Every teacher I have ever had…hated me.  They didn’t understand me.  I was “different”.  He was the first professor I ever had that really embraced the fact that I went against the grain and really helped me understand how to harness all of this creative energy I had.

Michael Gerber: Author of the E-Myth.  This was the book that opened my eyes to the importance of Systems.  I wish I had read it earlier because my first few years was very stressful.  Now thanks to Michael, everyone hates listening to my rants about making everything systematic.

Of course there are others who have had an influence, and continue to make an impact in my life.  And I could have listed them…but this is the list of 1 percenters.  Those people who I am in awe of the things that they accomplish and inspired by their passion for their lives.